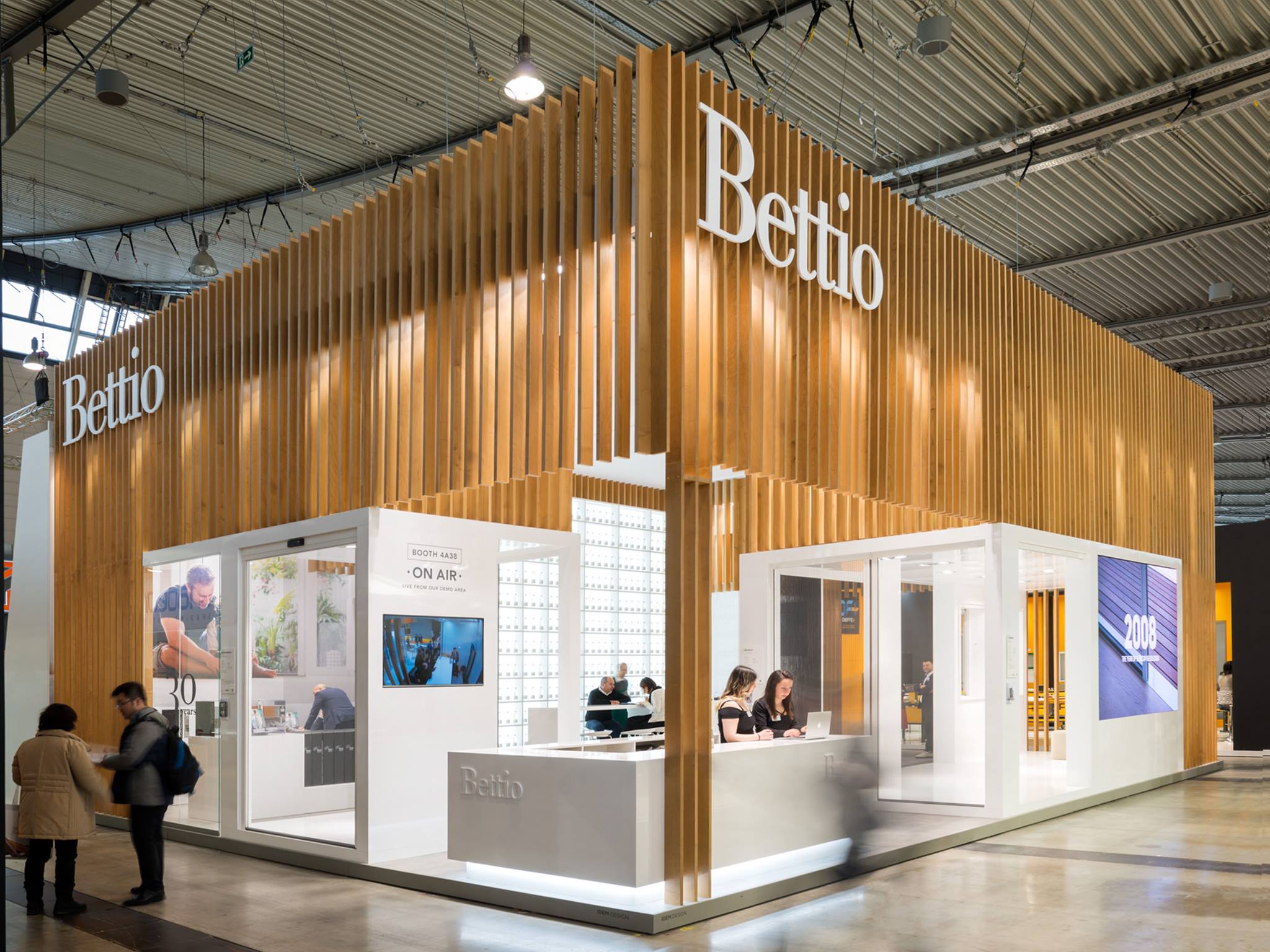 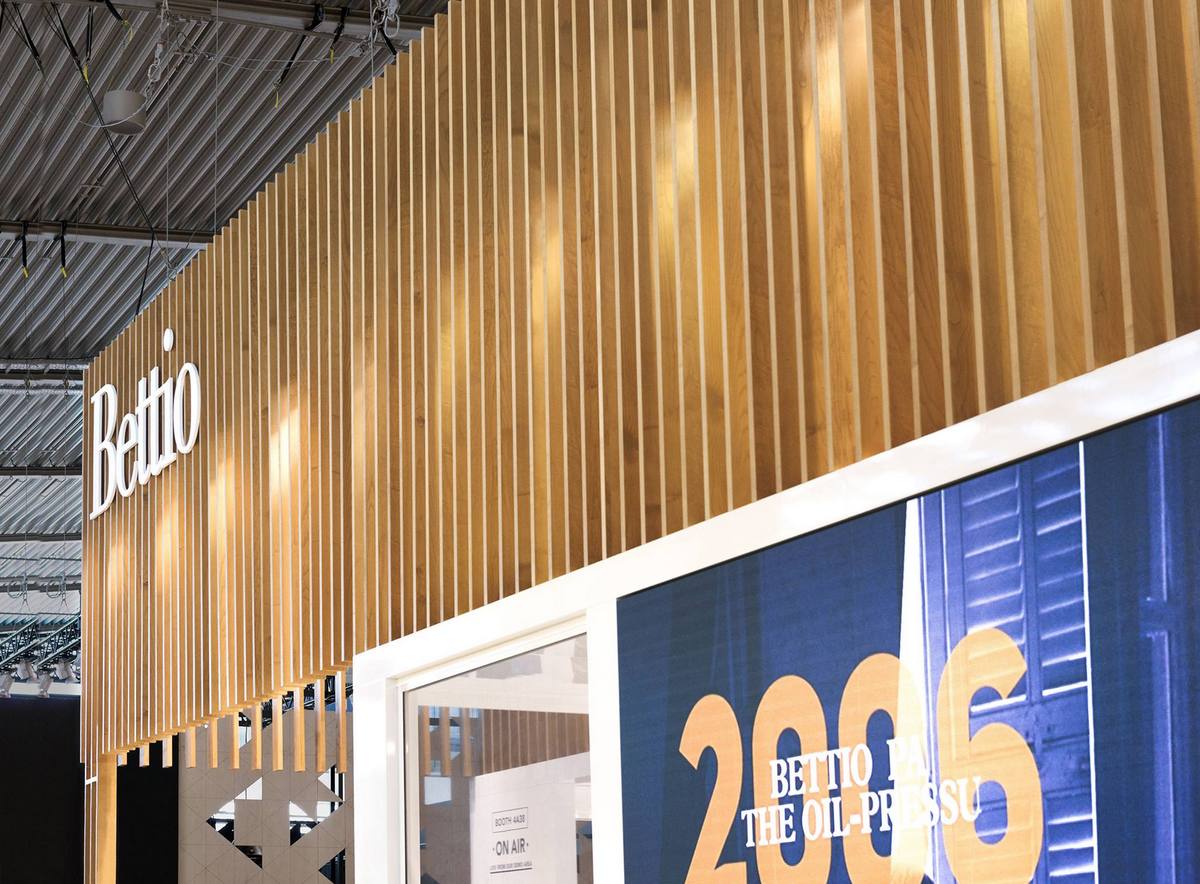 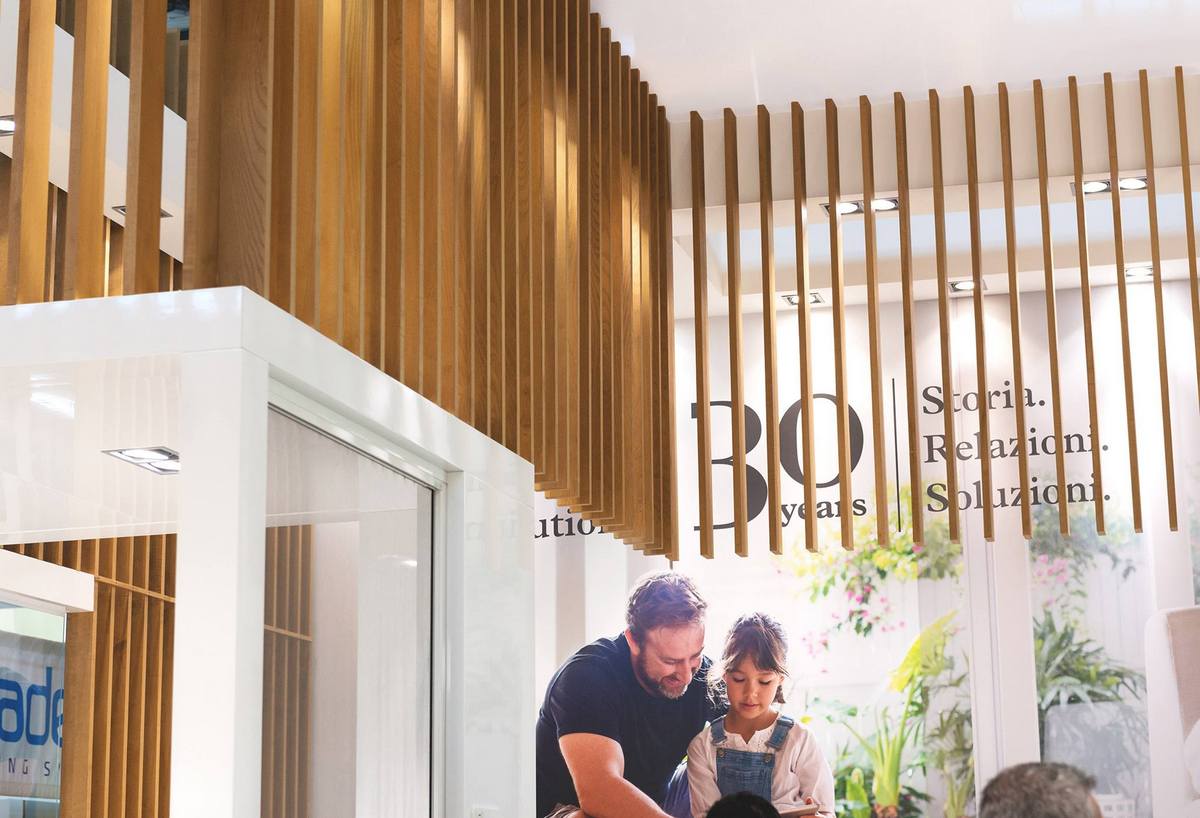 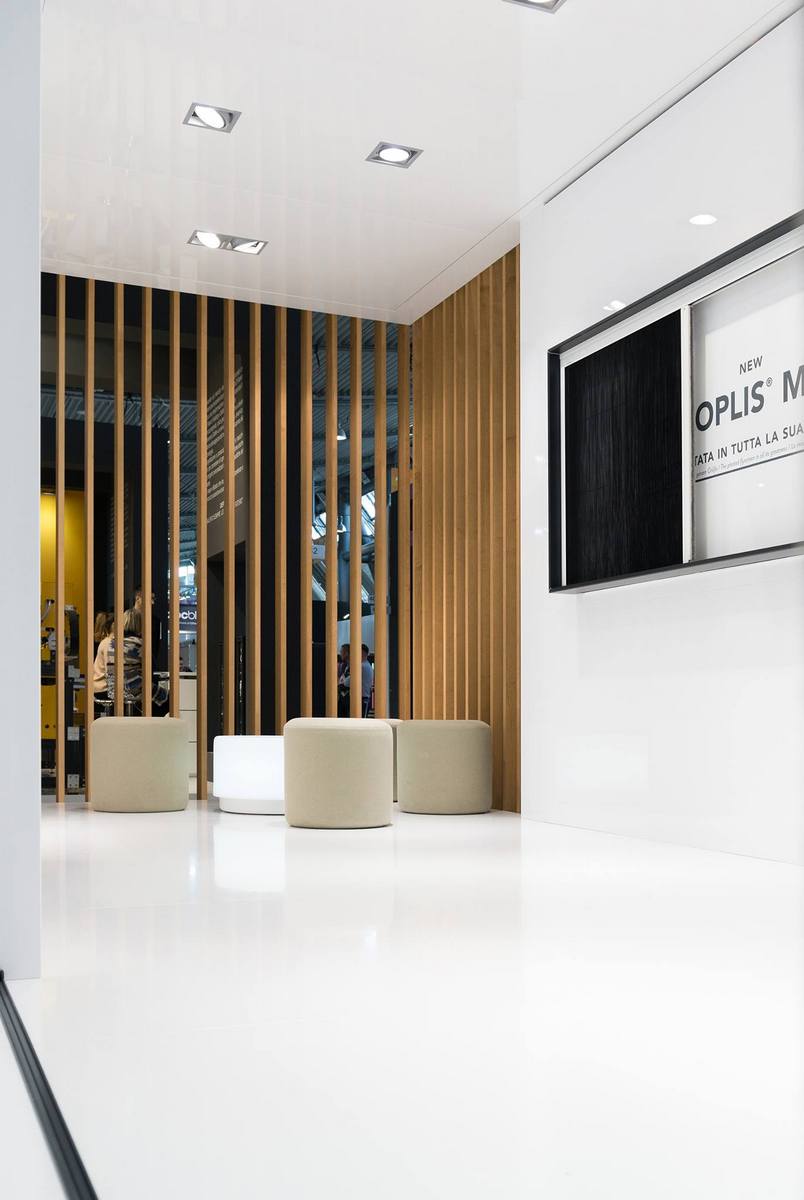 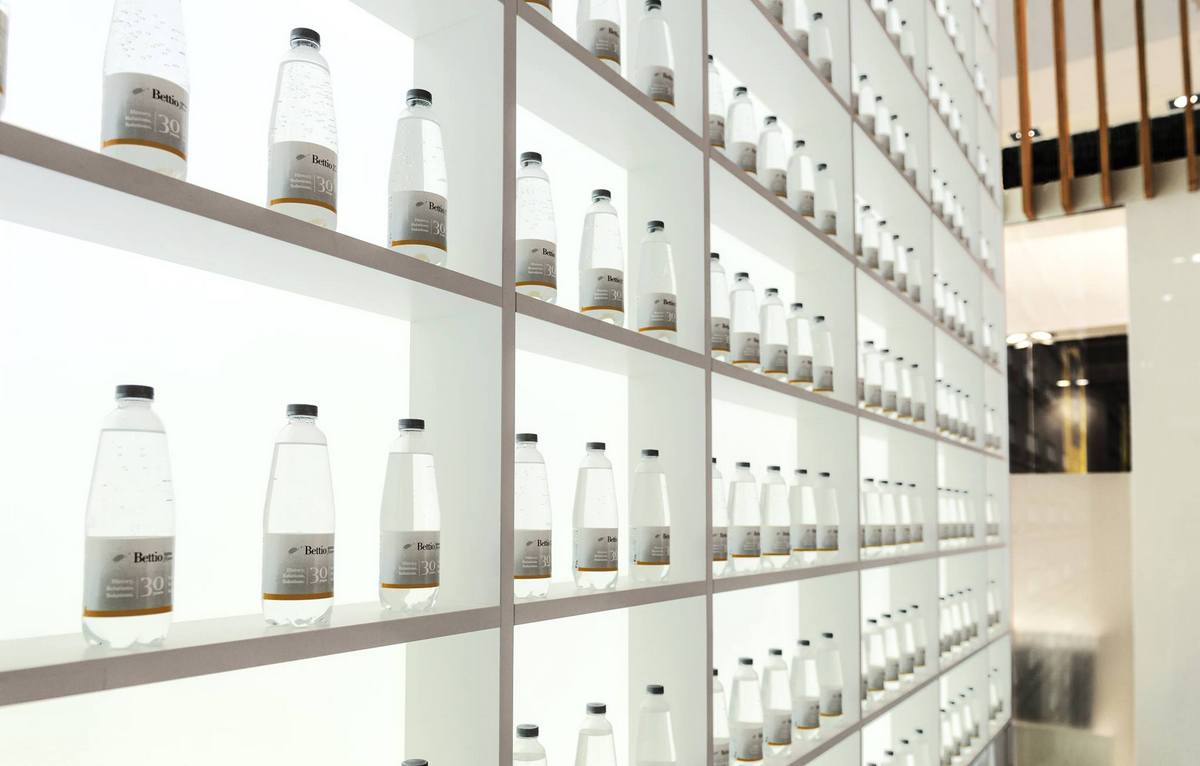 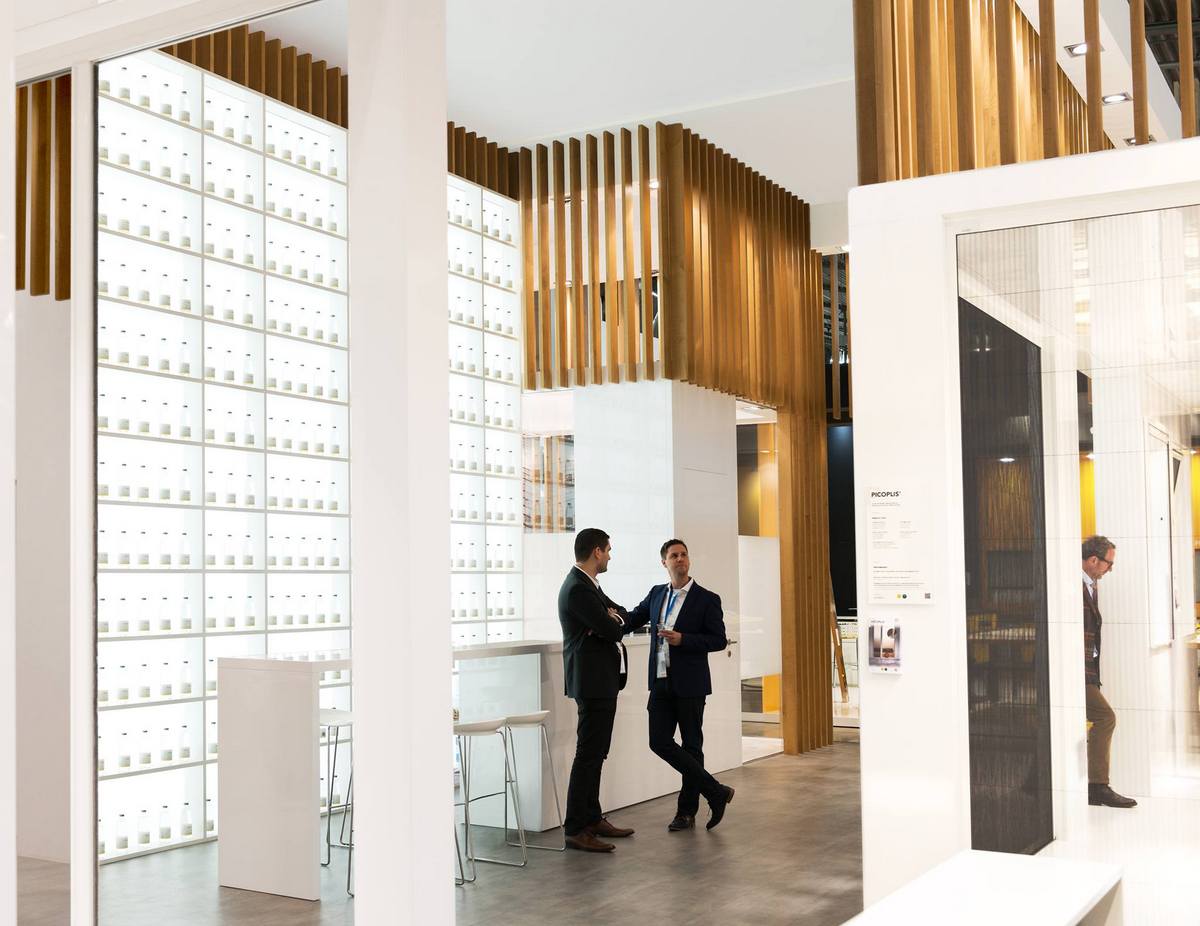 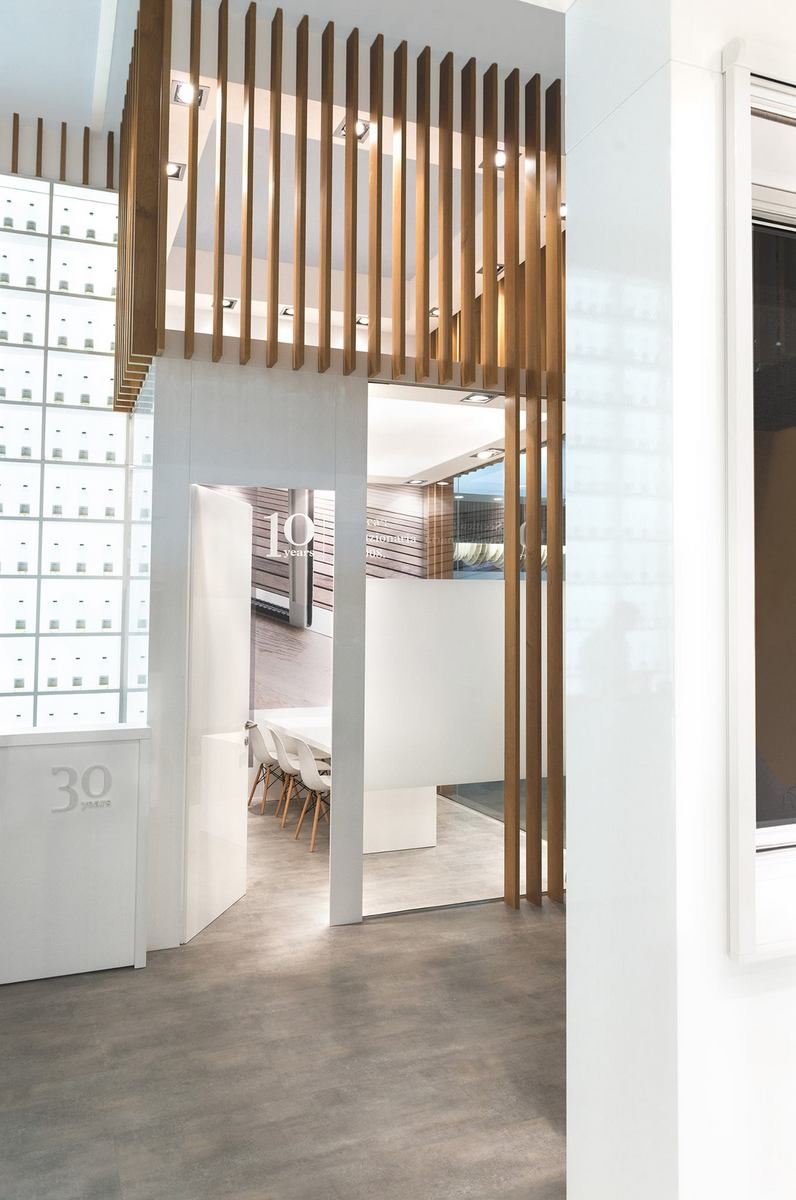 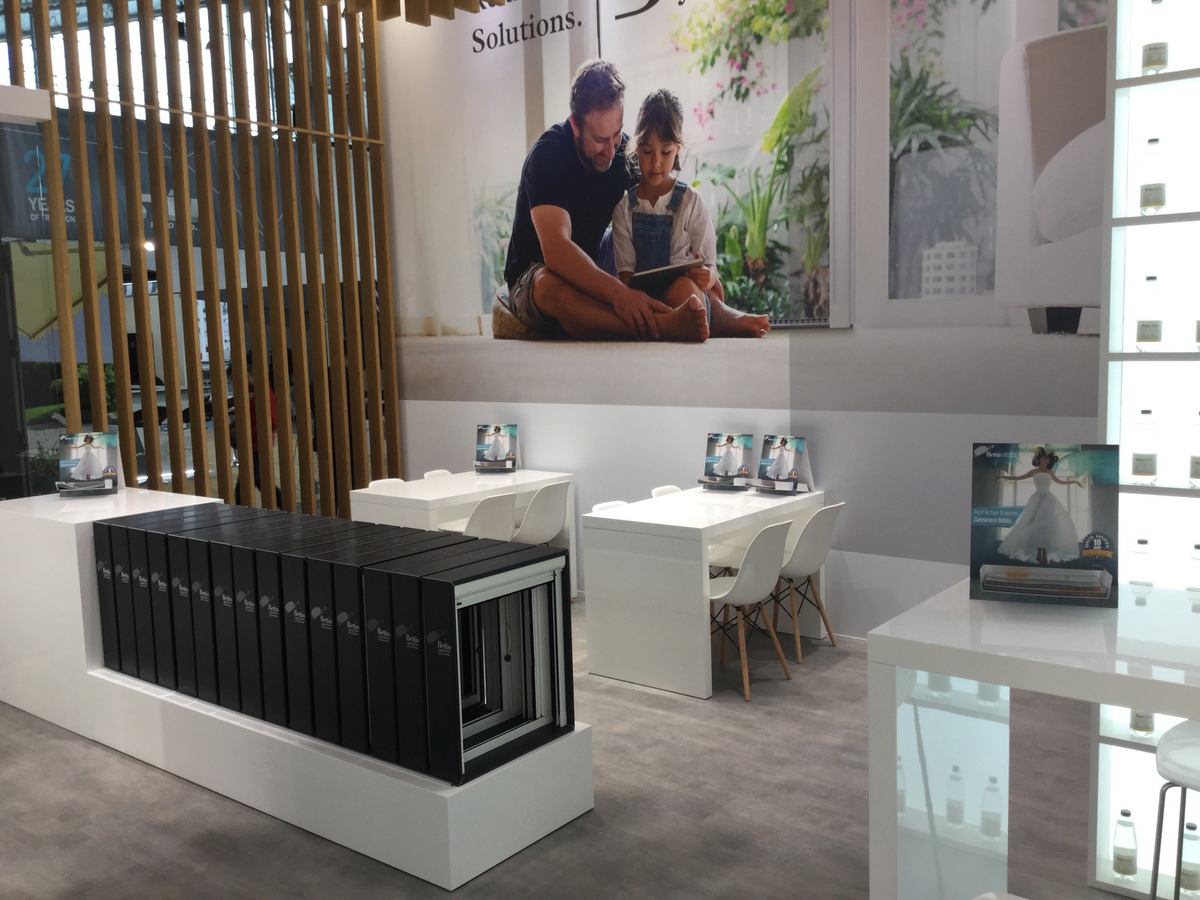 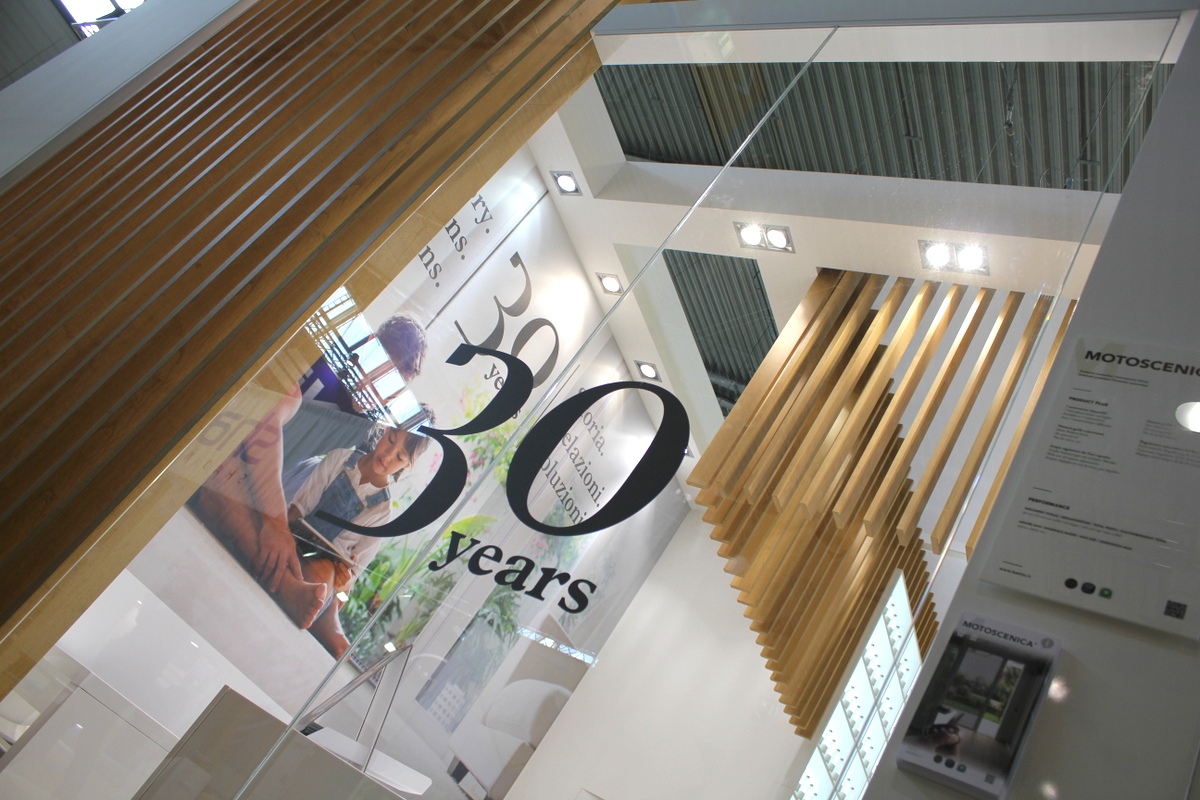 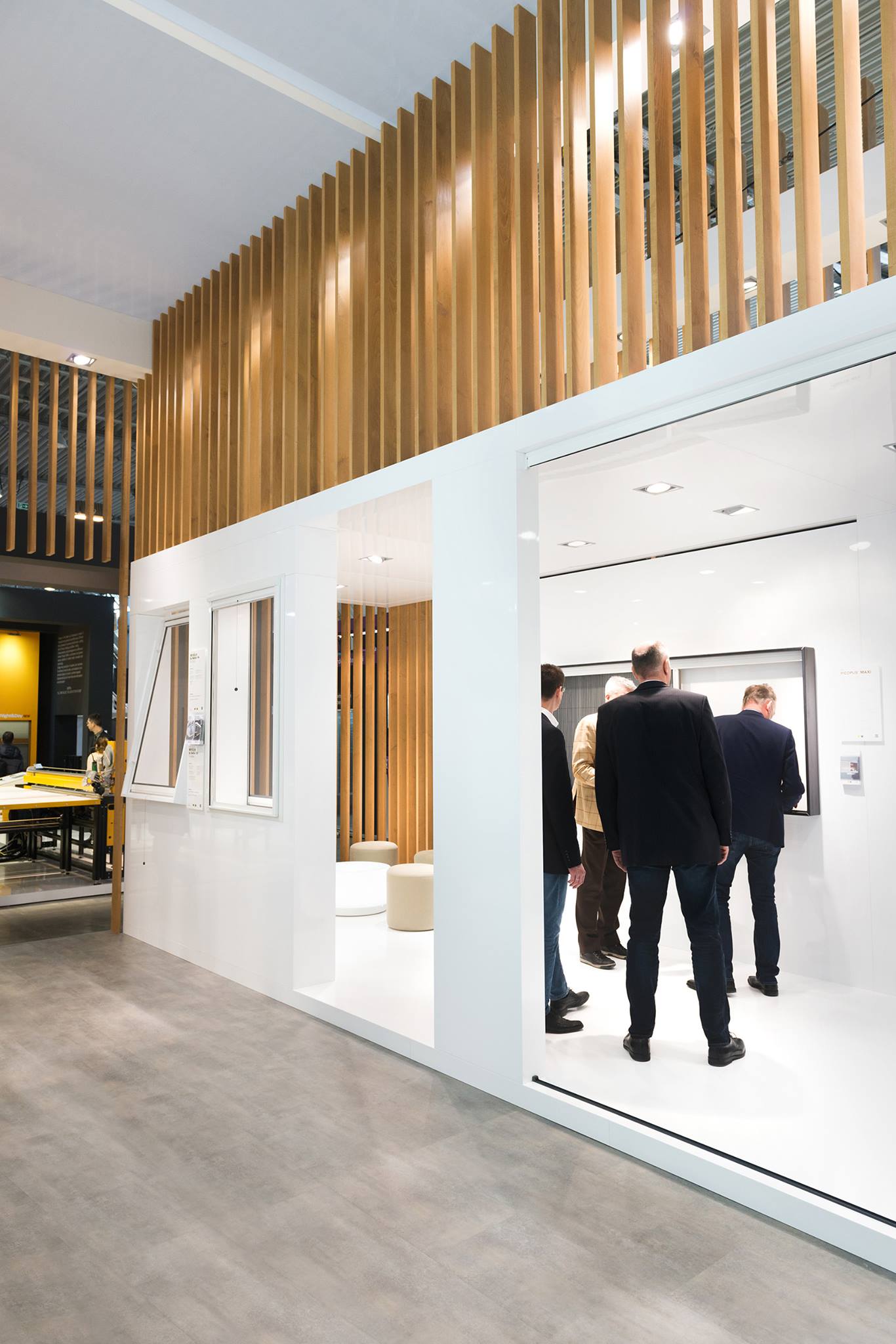 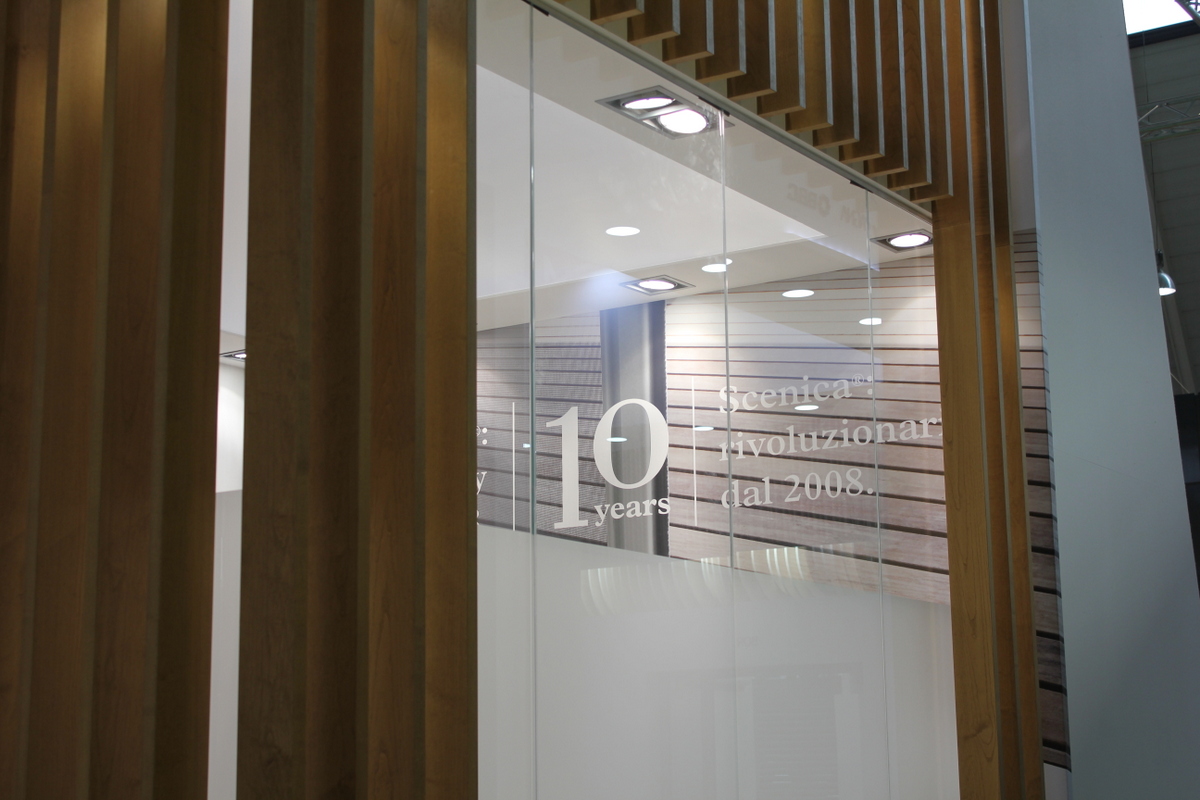 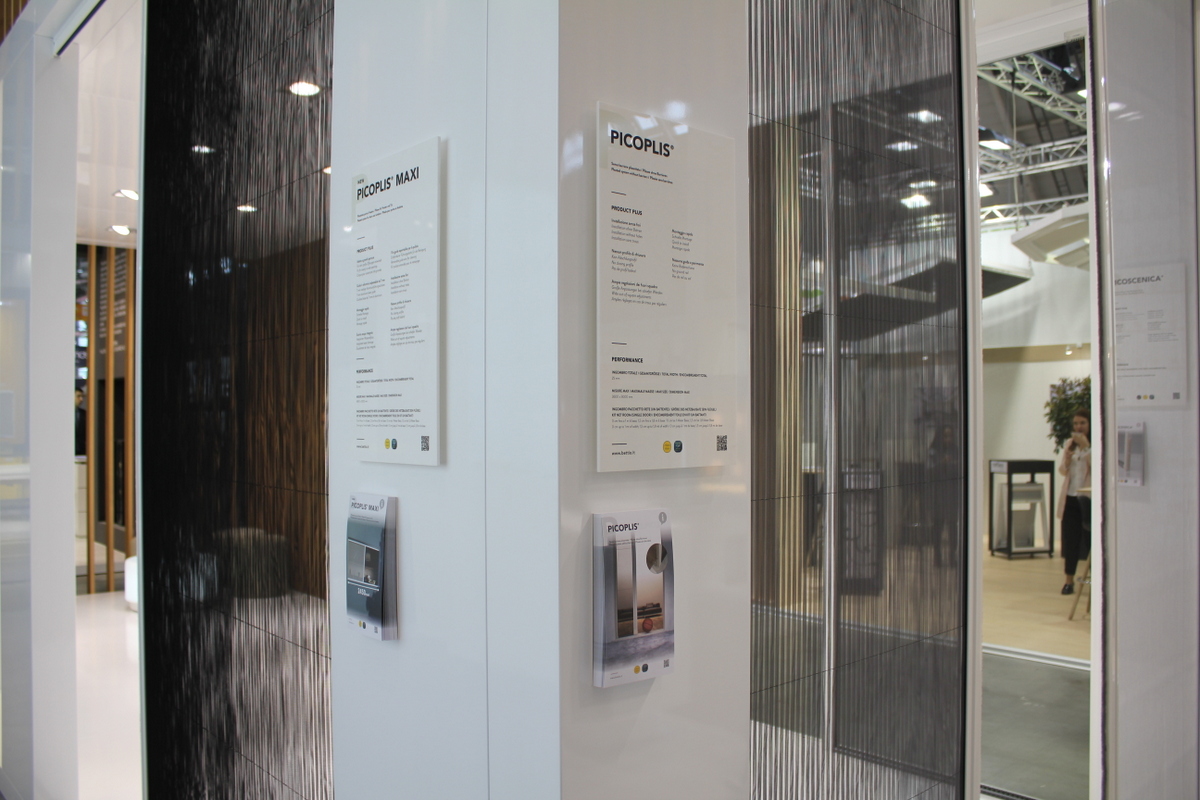 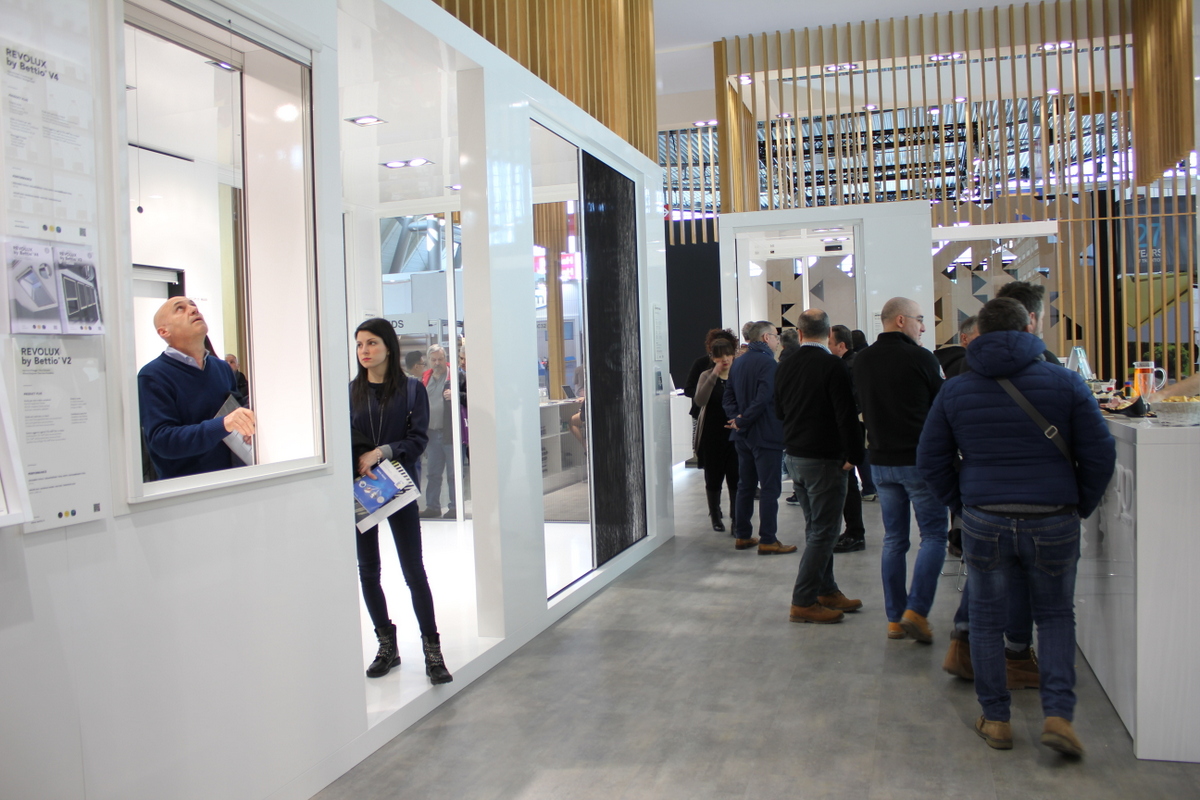 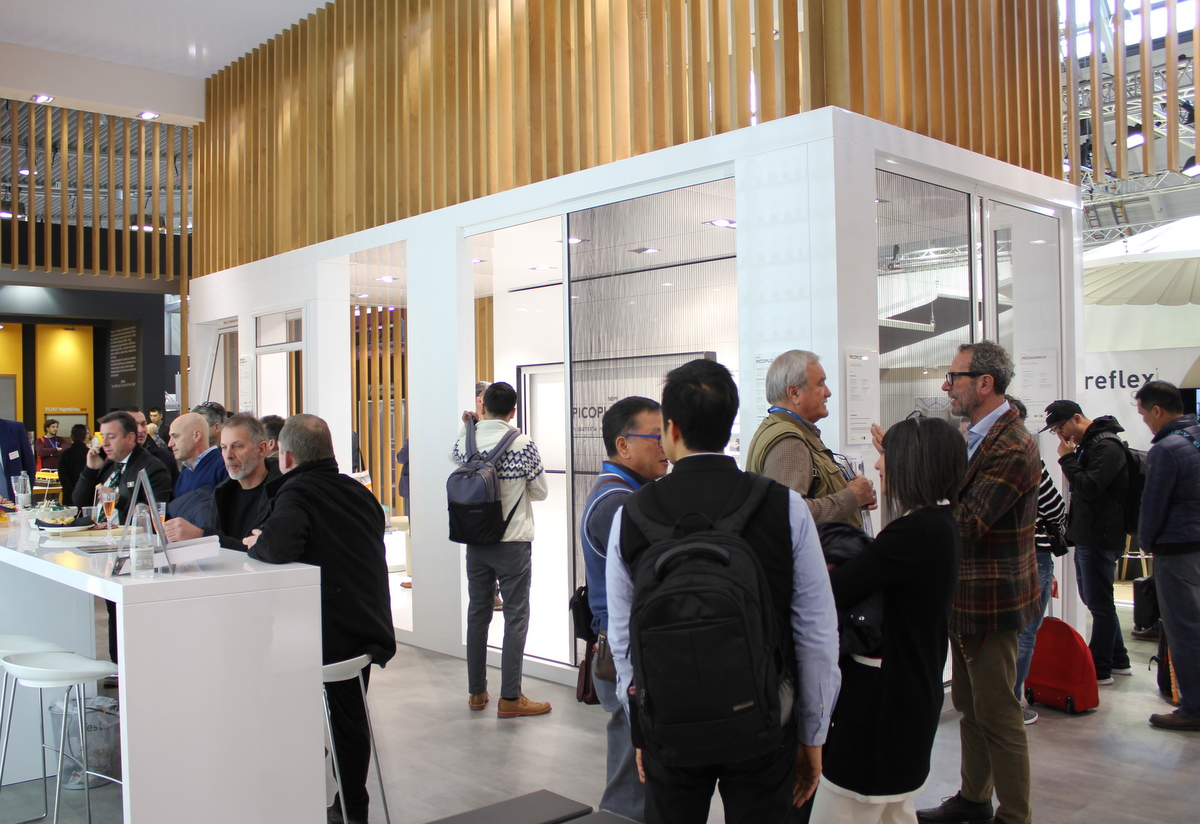 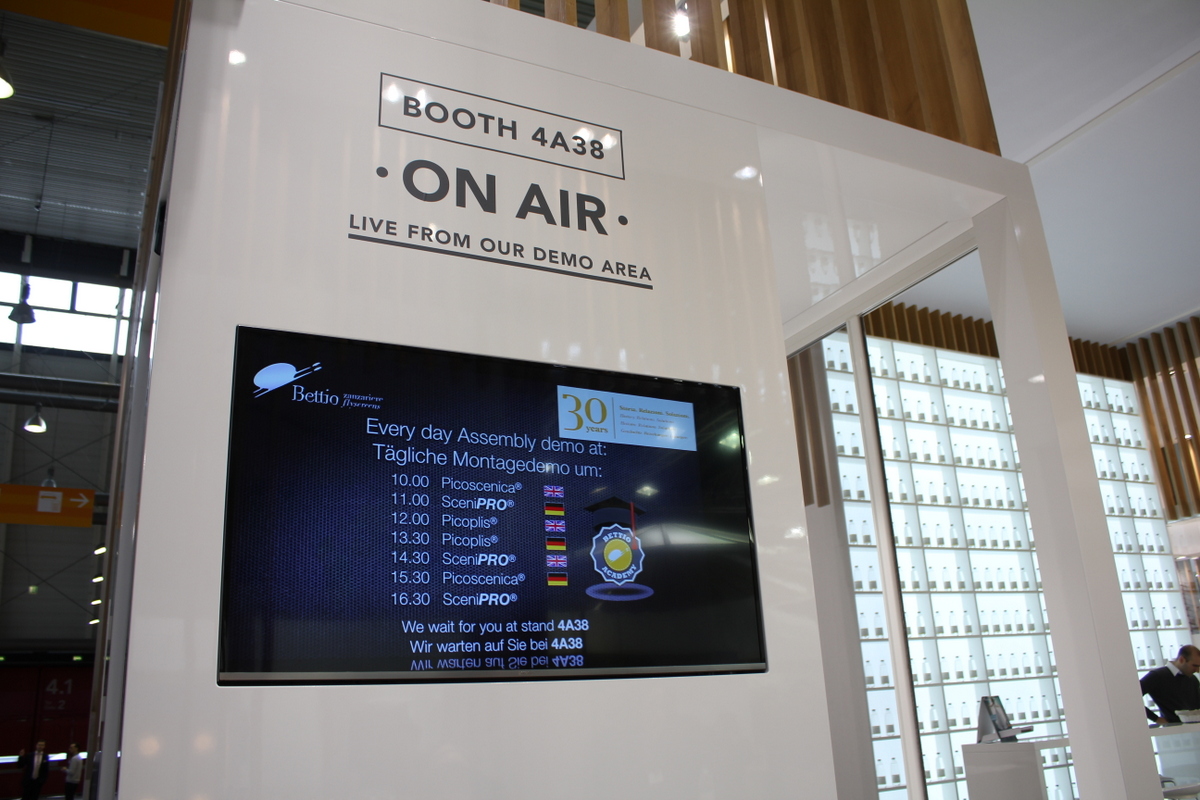 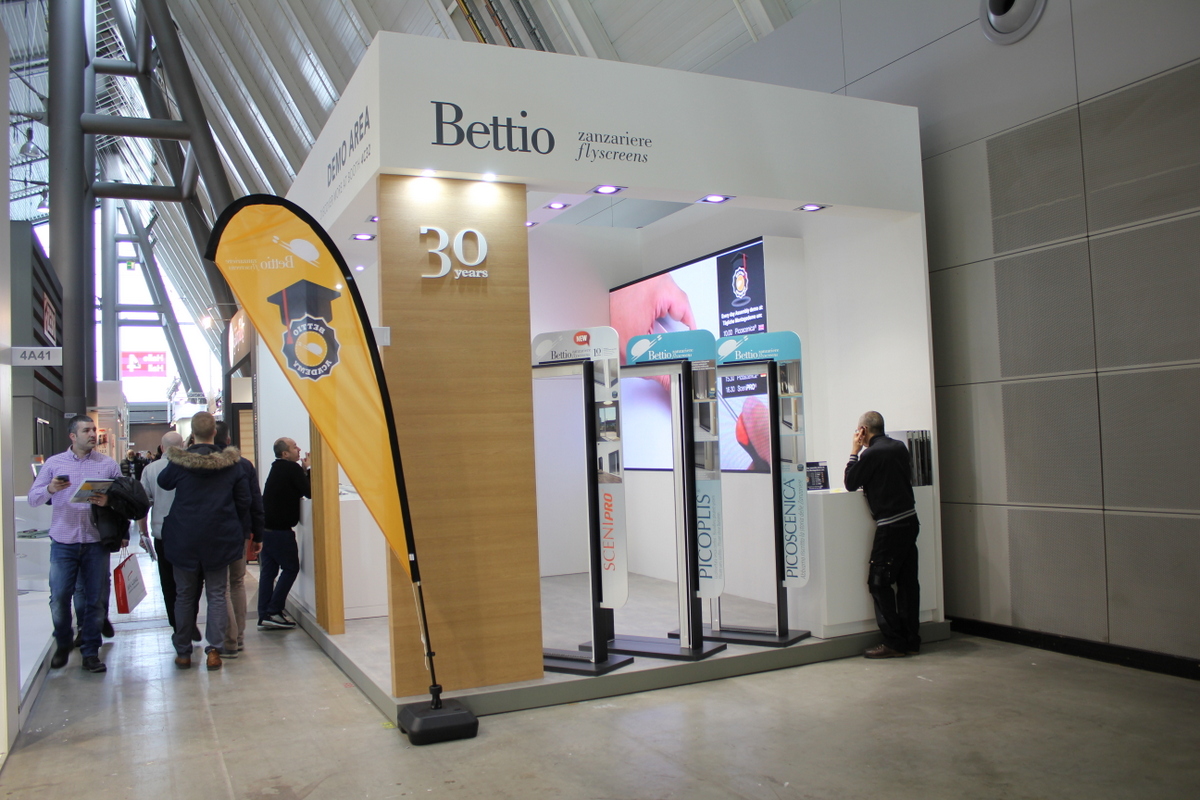 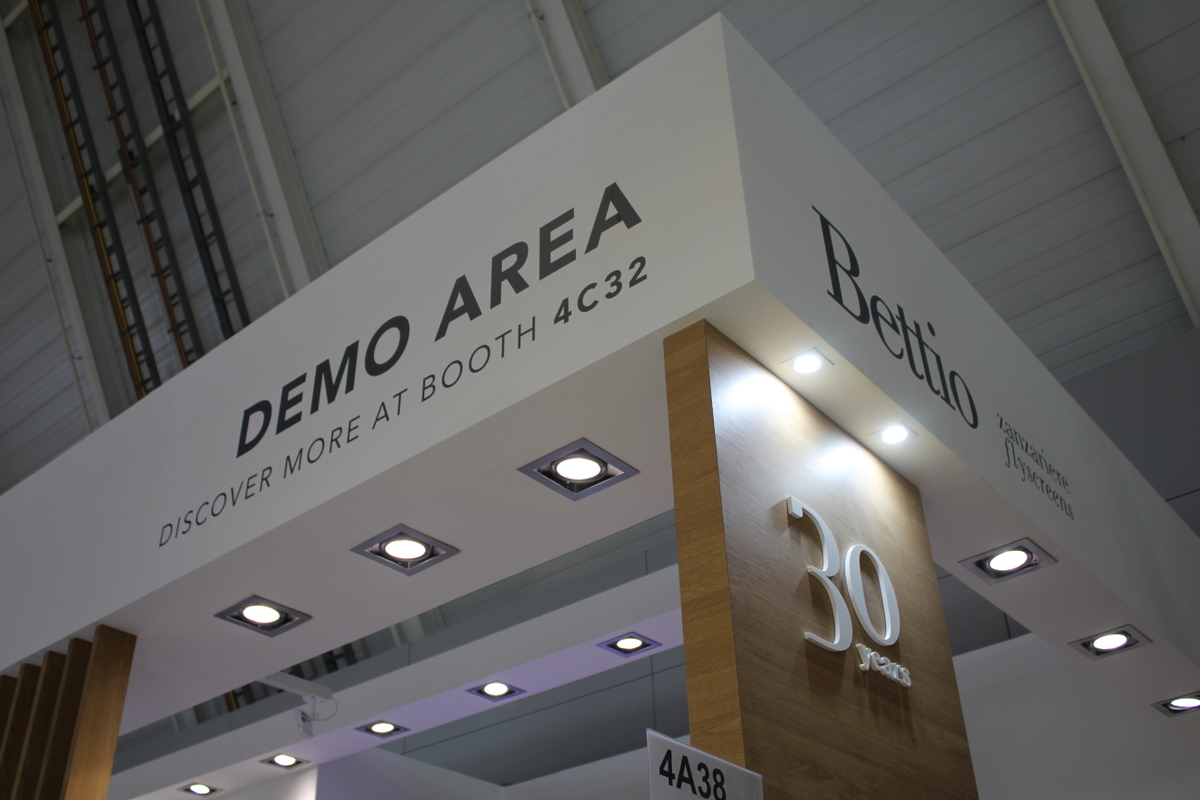 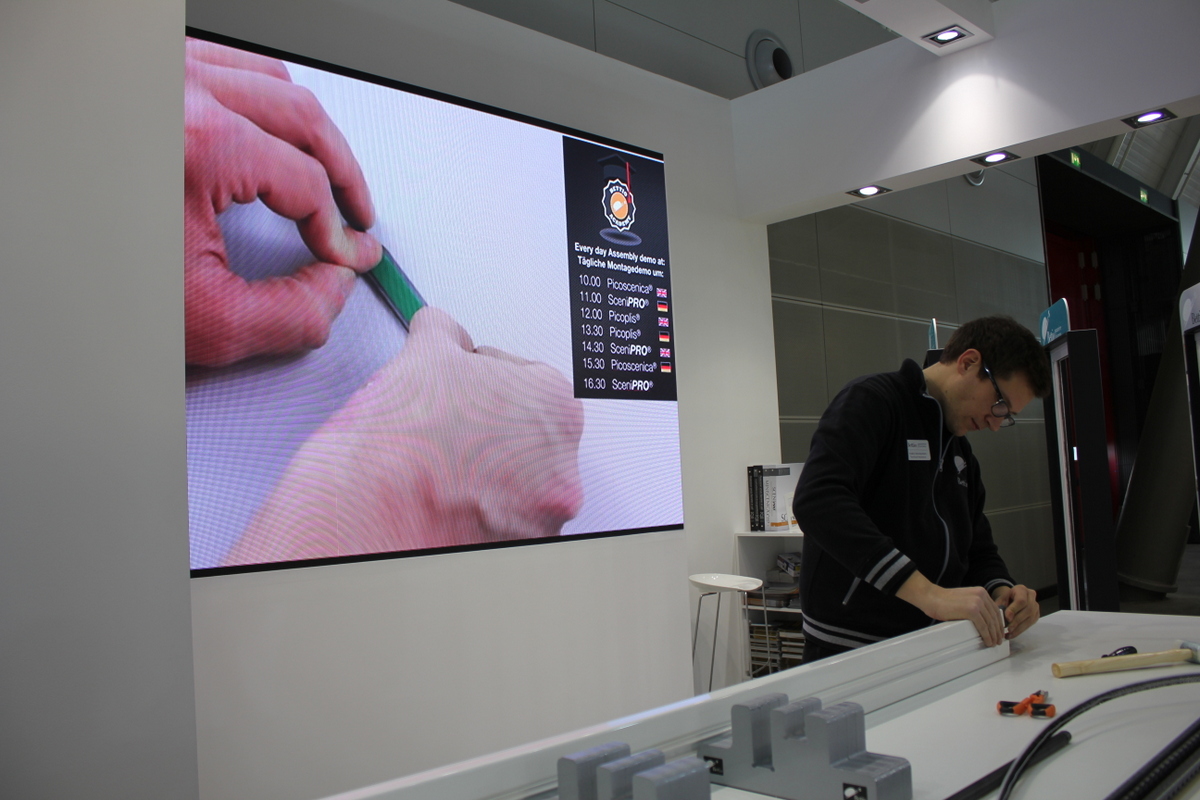 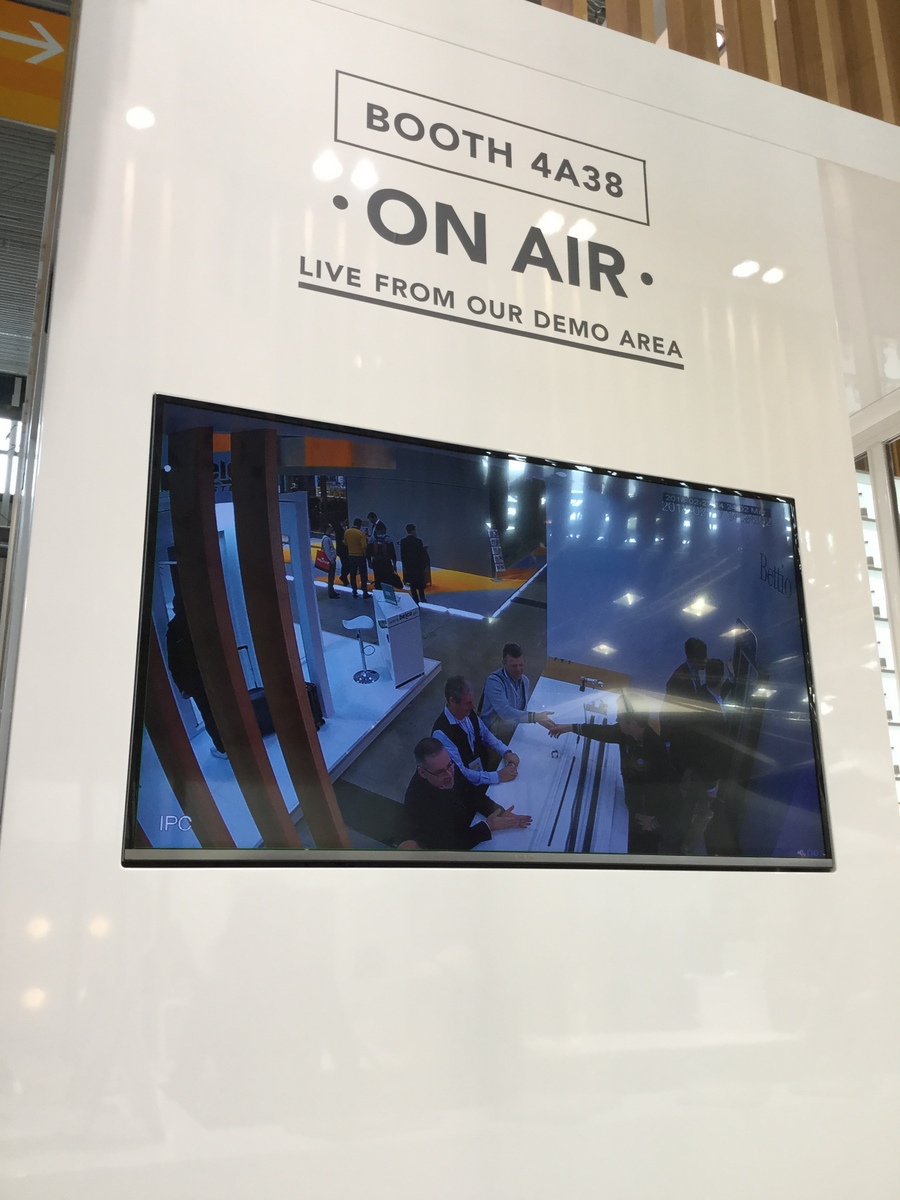 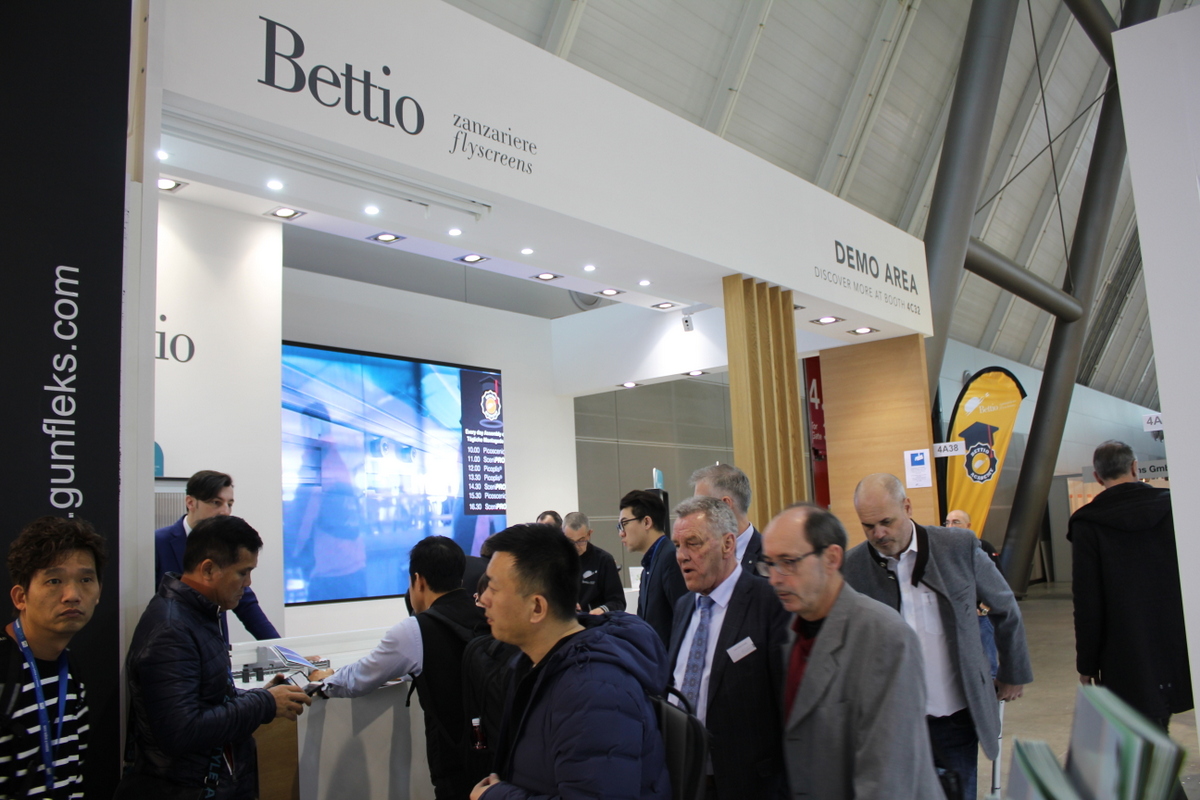 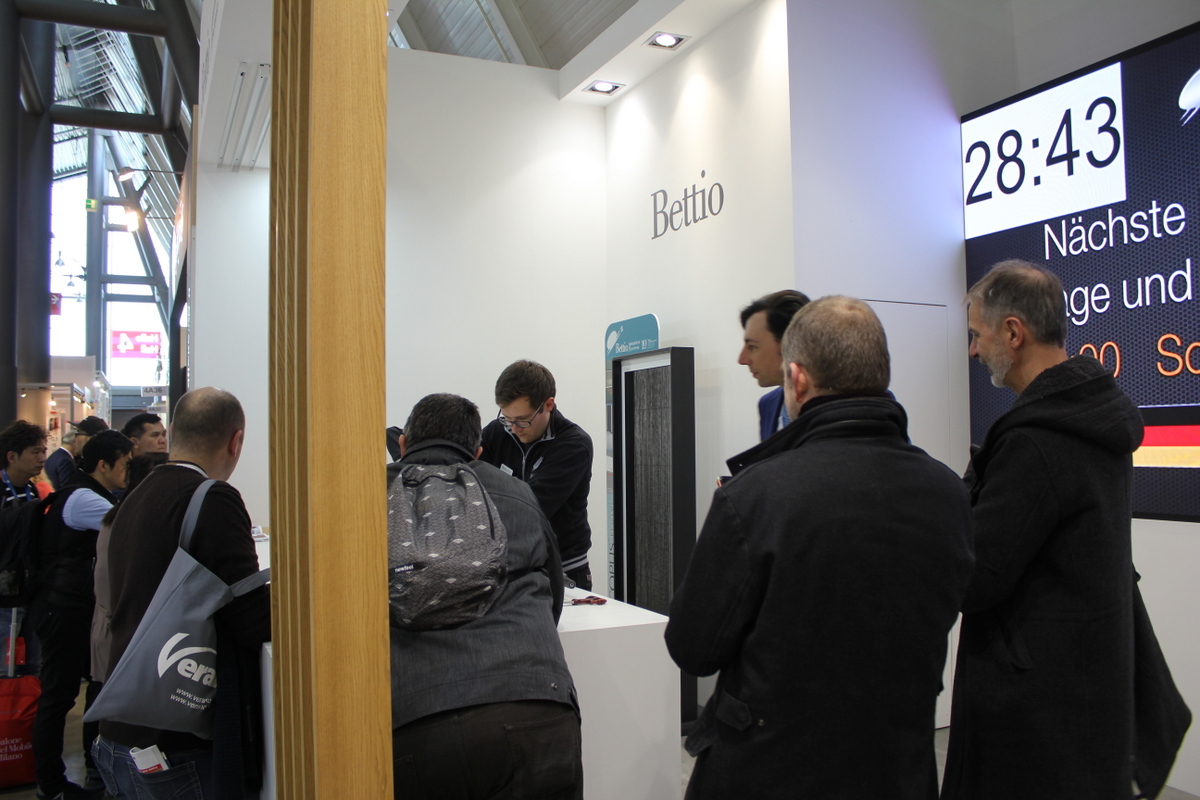 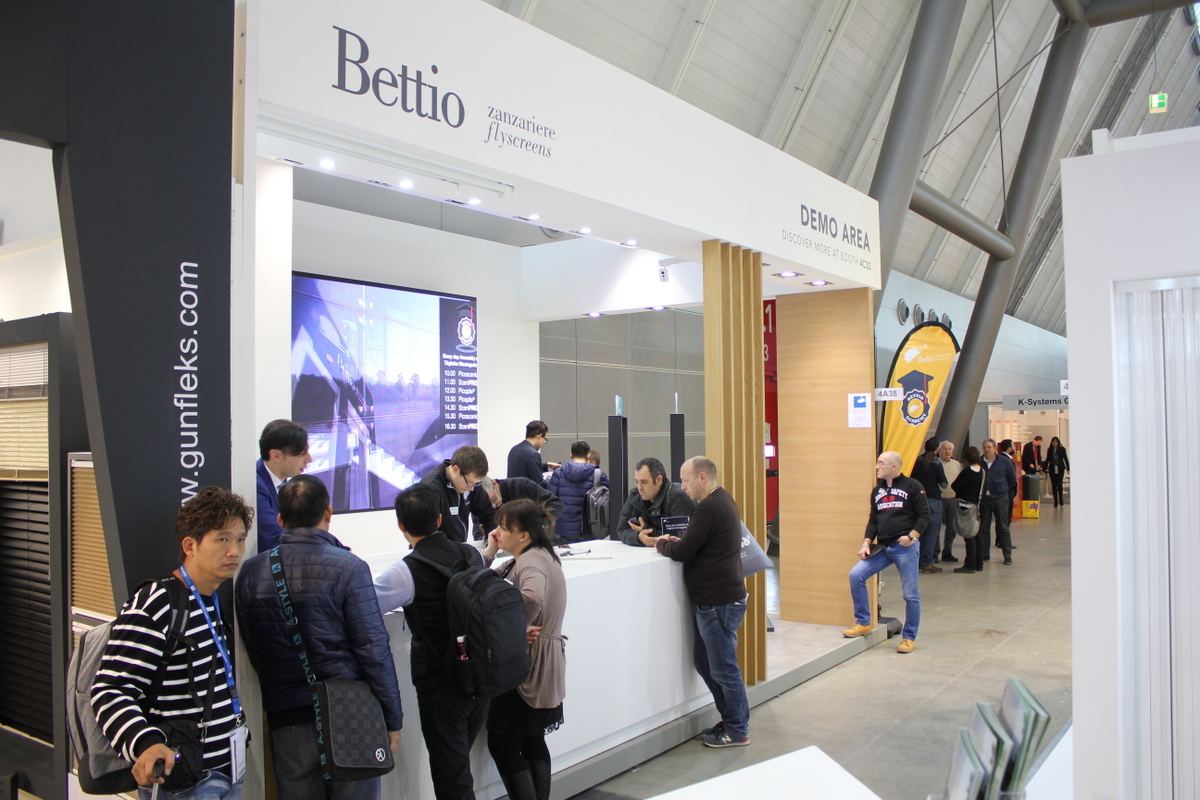 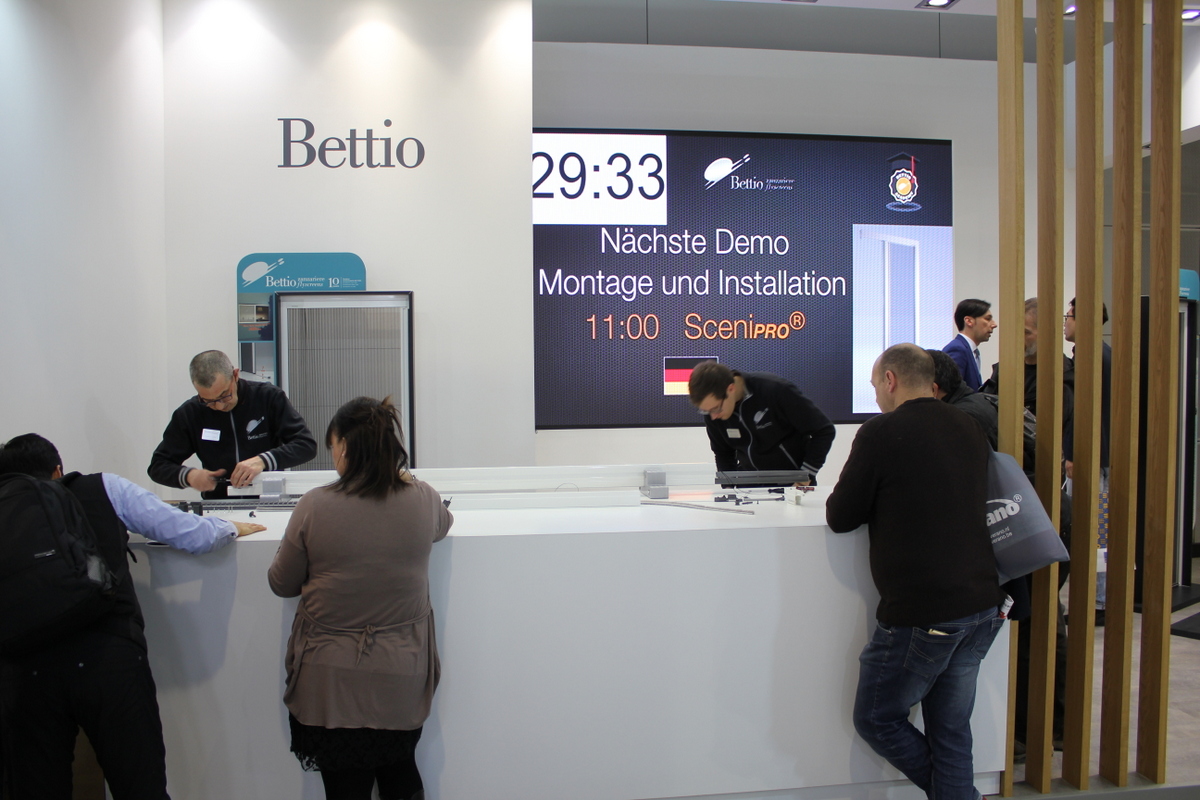 An extraordinary expositive framework marked the participation of Bettio at R+T 2018 exhibition recently held in Stuttgart. In order to celebrate two very special anniversaries that fall this year – 30 years since the company was established and 10 years from the introduction of Scenica® in the markets – our company has set up even two booths expressly for the German kermess. The first, “Corporate booth”, totally renewed and dedicated to welcome the customers and to display the product mix in the catalogue, the second, “Demonstration Area”, was a small but perfectly equipped assembling area. Every hour the items have been assembled starting from the aluminium profiles and the consequent addition of the full components range. This idea has been appreciated particularly by all the professional operators who visited the booth.

The “Corporate” booth has been precisely renewed from the past, and presented itself as an excellent combination between elegance and sophisticated design. The public has really appreciated this brand new version that we decided to set up both for the importance of the exhibition and to celebrate the two anniversaries. Bettio’s 30 years of life has been an unstoppable and continuous lapse of expansion and success. During these three decades, our company has changed from small local reality to unavoidable pivot in Italy and Europe. Bettio’s birthday coincides with the 10th birthday of Scenica®: this product has already evolved in different versions that, despite some differences from model to model, keep the same basic, revolutionary features of the first born. No rail on the ground and no clip side profile: no other screen in the world can grant such characteristics.

During the exhibition have been introduced to the public in world premiere the last evolutions of Scenica®, but this time in full-length 6mtr bars instead of made-to-measure. So here we have Scenipro® that can offer a brand new, special anti-wind brush, and most of all is incredibly quick and handy to assemble and install. The sister-model in made-to-measure version is called Miniscenica Evo®: absolutely the same features but produced on customer specifications and size. It has been already introduced some months ago to a well-targeted Area Test among a selected pool of local, Italian customers who feed-backed to the company with a very successful response. An important push up for the beginning of the sales in the domestic and international markets officially started on May 1st. Finally, it has been introduced also another new model, Picoplis Maxi, a pleated mesh item particularly suggested to cover big openings up to 2450mm width (and 4900mm for the double leaf).

Therefore Bettio pays warm thanks to all the more than 250 companies that crowded the booths along the five days of the exhibition: it has been the best imaginable present both to company’s ownership and personnel attending the Stuttgart appointment.